MEPs have called for a tightening of the rules on which countries are added or removed from the European Union blacklist and indicated that UK overseas territories such as the Cayman Islands, Bahamas, Jersey and Guernsey are among those which should be added to an EU tax havens blacklist after the conclusion of the Brexit deal, saying that Britain’s overseas territories should now be screened for potential inclusion on the list, and that the Brexit deal was based on “mutual values and geared towards common prosperity, which automatically excludes aggressive tax competition”.

In a debate on the topic, MEPs said that while the EU’s list of tax havens, set up in 2017, has had a ‘positive impact’ so far but has failed to ‘live up to its full potential, with jurisdictions currently on the list covering less than 2% of worldwide tax revenue losses’.

A resolution in favour of tightening the criteria was adopted by 587 votes in favour, 50 against and 46 abstentions, with MEPs calling the current system ‘confusing and ineffective’ and supporting changes to make the process of listing or delisting a country more transparent, consistent and impartial. 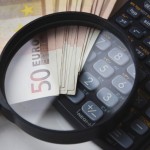 The EU Parliament said that the criterion for judging if a country’s tax system is fair or not needs to be widened to include more practices and not only preferential tax rates, citing as an example the fact that the Cayman Islands has recently been removed from the blacklist, while running a 0% tax rate policy.

Among other measures, the resolution proposes that all jurisdictions with a 0% corporate tax rate or with no taxes on companies’ profits should be automatically placed on the blacklist.

The European Parliament also said that all third countries need to be treated and screened fairly using the same criteria, arguing that the current list indicates that this is not the case.  The EU should also look in the mirror and all EU member states should also be screened to see if they display any characteristics of a tax haven, and those falling foul should also be regarded as tax havens. The picture is not pretty. EU countries are responsible for 36% of tax havens. The Netherlands, itself cited as a tax haven, has many overseas territories such as Aruba and Curacao.

MEPs called for the process of establishing the list to be formalised through a legally binding instrument by the end of 2021 and questioned whether an informal body such as the Code of Conduct Group is able or suitable to update the blacklist.