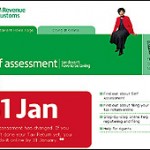 Gangs are stealing taxpayers’ passwords and submitting claims for tax refunds to be paid to them, HM Revenue and Customs has warned.

A series of attempted fraudulent claims through the self-assessment repayments system has been discovered.

No figures have been released outlining the extent of the fraud, but a HMRC spokesman said this was a new method of trying to extract money.

He urged people to ensure passwords sent to them by HMRC were kept secure.

“They should treat these details as carefully as they would a Pin for their bank account,” he said.

Attempt
More than 9.5 million taxpayers are in the self-assessment system, which was changed this year to encourage more people to submit their details via the internet.

Two-thirds of all filings for 2007-08 were submitted via the internet, rather than on paper.

When people apply to use the system they are sent a password through the mail which is then used when the taxpayer logs onto the HMRC website over the following 30 days.

However, fraudsters have been getting hold of these passwords and other personal details. This could have been by stealing the mail, tricking people out of the details or even finding the letters discarded in bins.

They then used these details to make fraudulent repayment claims, requesting funds be sent to other bank accounts.

The HMRC spokesman said this was different from so-called phishing e-mails which pretended to be from the tax authority and aimed to discover taxpayers’ banking details so their accounts could be raided.

Liability for any losses would be judged on a case-by-case basis, he added.