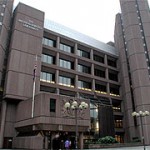 A LIVERPOOL gang behind a massive Scottish drugs farm was stripped of thousands of pounds. John Fitzgibbon, 60, and Michael Fairhurst, 44, ran the sophisticated cannabis operation for more than two years. The Serious and Organised Crime Agency (SOCA) raided the farm on the north-east coast of Scotland in the spring of 2007. Officers took the pair and a third man, Richard Ford, 60, to Liverpool crown court to claw back as much money as possible using the Proceeds of Crime Act. The three were stripped of a total of almost £140,000 during the two-day hearing.

Ford, a Newcastle man, was caught handing a 2kg bag of heroin to Fitzgibbon and Fairhurst. He will now have to pay back the drug’s estimated street value of £37,891. Robert Altham, prosecuting, told the court he had not attended court and so he was liable to pay back its full value as well as £2,391 in his bank account and £120 on a credit card. The court also heard that SOCA had sold off Fitzgibbon and Fairhurst’s Scottish farm for £61,000. At its peak the the cannabis farm was capable of generating more than £1m a year.

When officers raided Little Cushnie farm the gang tried to destroy the evidence by setting fire to huge drums of cannabis. But their efforts were unsuccessful and SOCA was able to recover enough evidence to convict the gang. The pair, who also ran a drug pushing operation in Liverpool have also seen their cars impounded and sold off. The court heard that officers had seized a Toyota worth £3,500, a Ford Transit worth £1,000, a Peugeot valued at £3,900 and a Chevrolet worth £4,900. All the vehicles belonged to Fairhurst, of Stanley Park Avenue South, Anfield, and will now be sold off for an estimated total of £7,425.

Fitzgibbon, of Bellfield Crescent, Huyton, yesterday heard that the SOCA officers had seized a stash of drugs held in the cars worth £202,375 belonging to Fitzgibbon. The court also heard that Fitzgibbon, who is now serving a 13-and-a-half jail term for his part in the drug conspiracy, had laundered money by buying thousands of euros. He will now have to pay out about £40,000 and faces an additional 15 month jail term if he fails to pay. This means he either has to sell or remortgage his home to pay off the debt by October 6.

Meanwhile, two of Fitzgibbon and Fairhurst’s accomplices who worked as gardeners at the Scottish drug factory are serving 18 month jail terms. Wayne Nickson, 46, of David Street, Toxteth, and James Truman, 43, of Harefield Road, Speke, had both previously pleaded guilty to being concerned with the production of cannabis.

Visit the BTC website for compliance help and support for firms in the regulated sector.